Turner has been a customer of SOILCO for 12 years, selecting products to improve the soil on his site and help his gardens flourish. 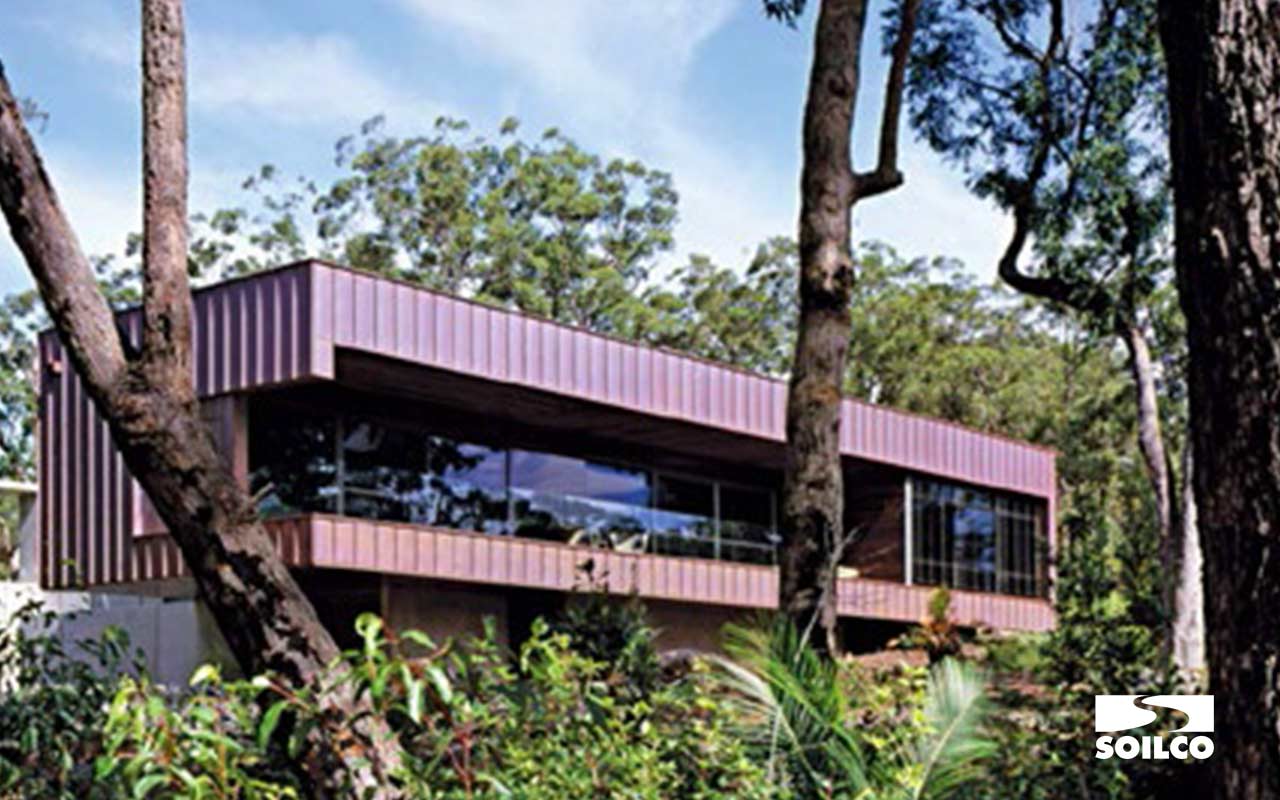 Nick Turner founded Turner Studio some 15 years ago. The award winning architecture practice now employees 100 staff from 24 countries, has a strong identity and is continually evolving.

Turner’s own design product – Kangaroo Valley House, is sited near an escarpment edge and surrounded by a rugged bushland. A meandering approach road allows a gradual revealing of the house that appears defensive and deceptive in scale.

Turner has executed a phenomenal building that connects to its natural surrounds.

Turner has been a customer of SOILCO for 12 years, selecting products to improve the soil on his site and help his gardens flourish.

In 2003, Nick Turner bought a partly degraded 40 hectare property in Kangaroo Valley to establish a house on and embark on a series of new gardens and rehabilitation of areas of bushland. SOILCO have been supplying Nick bulk landscaping products for the last 12 years. Products he has used include quarried decorative materials such as gabbian rock for drains, retaining of banks, dam spillways and watercourses.

Nick has also used decomposed granite for hardstand areas and pathways as well as river pebble in various sizes.

Most importantly, due to poor soil conditions, Nick has used huge quantities of Soilco’s GO Compost, Deco Mulch and Cottage Mulch. Nick currently has about 5 hectares under garden including the planting of some 22,000 plants and trees. About 95% of these plants and trees are native and/or endemic.

Kangaroo Valley is a gently sloping wide valley surrounded on its sides by high mountains of the NSW Southern Highlands, approximately two hours’ drive south-west of Sydney and about two hours north of Canberra. Flying Fox Pass looks over the valley. A few kilometers further north is the Fitzroy Falls.

To improve planting conditions, Nick mixed the GO Compost with stripped top soil and also with stockpiled low grade residual soil left over from road, dam and drainage works. Nick generally mixes the compost as a 33% component into the site soil. The planting results have been extraordinary and Nicks property has been transformed. In some areas, and only after a few years of growth, Nick has been able to create new microclimates for planting themes that would have not previously been possible on the property.

Cottage Mulch is a fine mulch predominately made up of hardwood waste from timber mills. Ranging in size from 8mm to 15mm,  Cottage Mulch has a natural to dark colour and gives an earthy look ideal for native and informal gardens. Ideal for most mulch applications, including slopes and windy areas.

“Turner is particularly impressed by Cottage Mulch and its ability to retain moisture in areas they aren’t well irrigated.”

Using GO Compost helps reduce compaction and increases aeration of the soil. It improves soil structure and drainage, by increasing water holding capacity. With the addition of organic matter, GO Compost improved the nutrients of the soil, reducing the need for artificial fertilisers.

Using GO Compost helps reduce compaction and increases aeration of the soil. It improves soil structure and drainage, by increasing water holding capacity. With the addition of organic matter, GO Compost improved the nutrients of the soil, reducing the need for artificial fertilisers.

“Without the product range together with the ongoing help and support of the amazing team at Soilco, there would have been no other economical way to achieve the results that we have. Consistency in the team and supply have made our garden projects so much more achievable.”