Kiama Municipal Council in the Illawarra region on the south coast of New South Wales is an Australian FOGO leader. Learn more below. 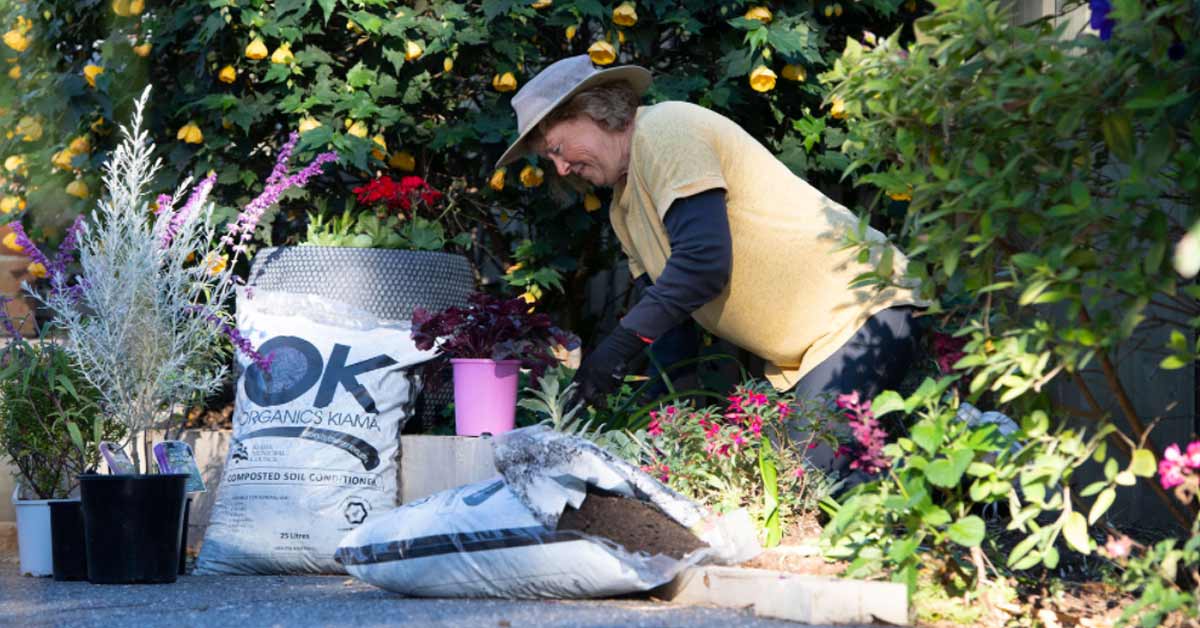 Kiama Municipal Council in the Illawarra region on the south coast of New South Wales is an Australian FOGO leader with a population of 23,000 and around 9,000 households

The coastal town rolled out Food Organics and Garden Organics (FOGO) recycling bins to all households from 2012 to 2016 with a fantastic community engagement program that resulted in extremely high diversion from landfill rates and very low contamination rates.

The quality of the FOGO input that comes from Kiama residents is pristine. The end–product created by SOILCO is returned to residents through its annual OK Organics Compost giveaway event.

Through its contractual arrangements with SOILCO, at its annual event, Council gives back an average three bags of finished compost per urban household on a ‘first in best dressed’ basis.

The NSW Environment Protection Authority (EPA) published a case study on Kiama Municipal Council’s FOGO collection to showcase what they did to encourage Kiama residents to embrace an organics recycling program that turns food and garden waste into a range of soil, compost and mulch products.

40% reduction in waste sent to landfill

Since rolling out the OK (Organics Kiama) program, the Kiama municipality is achieving a resource recovery rate of approximately 75% and a consistent 40% reduction in waste sent to landfill.

Before the organics service began, 6,241 tonnes of garden organics were collected in the municipality. Adding food organics to residents’ existing green bins increased organics collections by 48%. This equated to approximately 3.35 kilograms per household per week. In landfill, that volume of organics waste would have generated approximately 4,533 tonnes of greenhouse gas emissions.

“Weekly FOGO collections helped with engagement and tonnages increased significantly for commingled recycling as well as organics recycling as a result.”

A four-year rollout across the community enabled the Council to learn from each rollout and see how to improve each time. It also allowed them to work out how best to process the FOGO product in the start–up phase.

“Looking for value for money per tonne, we found out that SOILCO was successful in obtaining some grant funding, so we could engage with them to process our product at the end of 2015-16. Prior to that we were doing it ourselves in a less sophisticated way.”

The rollout was delivered over five stages of education:

1. A Mayoral letter was delivered to each household explaining the new waste service, reasons for the change and the start date.

2. Residents were invited to community information sessions where they were given an information kit, a 7 litre kitchen caddy, an information brochure and a waste service collection calendar.

4. Shop front information kiosks were open the week before service and during the first week of service.

5. The 240 litre green-lid bins were updated with two stickers to show food waste could now go in the bin with garden waste.

“Our approach was always an open door. We went to the community in our communications strategy. By phasing the introduction of FOGO across the municipality, we engaged one area to identify champions who were the voice to discuss FOGO with other people in the community.”

“This meant people were eager and waiting for it. The awareness was high as to what was coming,” Josephine said. “You can’t expect that people read everything, but you can use the voice of your community to start spreading the word.”

“Every urban household in the Kiama municipality had a green waste bin prior to the FOGO rollout, so it wasn’t an opt-in service. Social media was relatively new in 2012. As more households became involved over the years, in the end the social media caught on and the community started answering the community’s questions for us.”

Look from the resident’s point of view

“Any change of behaviour program relies on a good, solid comms strategy. It was resource intensive. We looked at it from the resident’s point of view instead of the Council’s point of view. My objective is to make it as simple as possible for the residents, so you get a bigger uptake.”

“We have an engaged demographic who, on the whole, recognises we live in an environmentally sensitive area. And being small we have a better opportunity to connect directly with our residents.”

“Throughout the rollout, our residents were continually engaged, asking questions which in the end assisted us in ensuring that we covered all concerns and issues from the resident’s perspective.”

“The usual approach back then was if you have a question you come to us, instead of going to them. With the establishment of shop-front information kiosks throughout the phasing in of the program, we were able to engage face to face with our residents to get a better understanding of their concerns and to provide solutions in a more proactive approach.”

“The data we get back from SOILCO shows our FOGO collections have a 0.4% contamination rate, so our approach has proved effective.”

Being prepared with the answers

Lessons learned from the rollout included being prepared with information and answers for people with specific needs. This included households with nappies, residents living in multi-unit dwellings (MUDS) and short–term rentals, and medical-needs households.

“We learnt you have to be prepared with a toolkit, so you have an answer on how to resolve questions for people with these particular needs. We surveyed nappy households to participate in a trial offering them deodorised sachets for their wheelie bins that were designed for the funeral industry.”

“In Australia, we are the number one nation in the world for the purchasing of deodorising products because we don’t like smell. Nappy householders were worried that their red binswould smell, so we installed a deodoriser to our collection trucks to put deodorant into residents’ red bins after servicing them. We also gave residents using nappies a three–month supply of deodorising sachets. Of the 30 trial participants, only three responses came back and all of them were positive. A brochure also gave them some insights into nappies and how to minimise odours. We gave them some solutions and now we don’t hear boo!”

“For MUDs, we spoke to the body corporates and developed more targeted comms and resources for them. Now it’s par for the course. For short-term rental accommodation, being a coastal holiday town, we introduced an all-red 240L bin that’s clearly identifiable by our waste drivers and could be serviced on a weekly basis at an additional cost to the usual fortnightly service. We also offered a $100 cancellation fee once a year to opt out of FOGO with the option to order another red bin. We had answers and were armed and prepared.”

“For households with specific medical needs, we offered the option for existing red bins to be serviced on a weekly basis at a cost to council via an application process authorised by your medical practitioner. When you narrow it down, the extra cost to council is so minor that you appease any negativity.”

“To address odours in FOGO bins, we educated the community that the odours come about from hot weather and there’s a layering process you can do with food and garden waste that’s just like composting at home,” Josephine said.

“At first, we didn’t have compostable liners in place. As we got more savvy with what our community was like, we realised that our residents were educated and would not use plastic bags to line their kitchen caddies.  So we decided to introduce compostable liners by engaging small local retailers to stock the the liners and this increased their sales by 20 to 30%. Now residents have the option to buy them locally if they wish to.”

“We give out kitchen caddies to residents and if people have a broken caddy we replace it. We believe caddies are an essential tool… Aside from the fact that it gives them a tool to separate their food waste quite easily and take it to the bin outside, it has identified how much food waste they are throwing away.”

“Throughout the phasing in of the program and to this day, we run home composting workshops. These workshops are always fully booked as residents began to realise that by capturing their food waste, they too can put it to good use in their own backyard.” 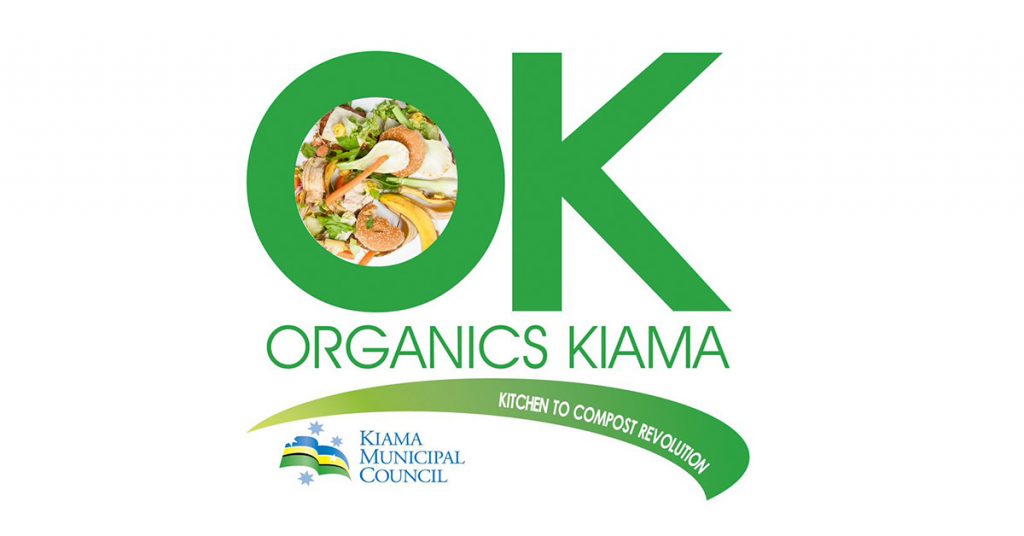 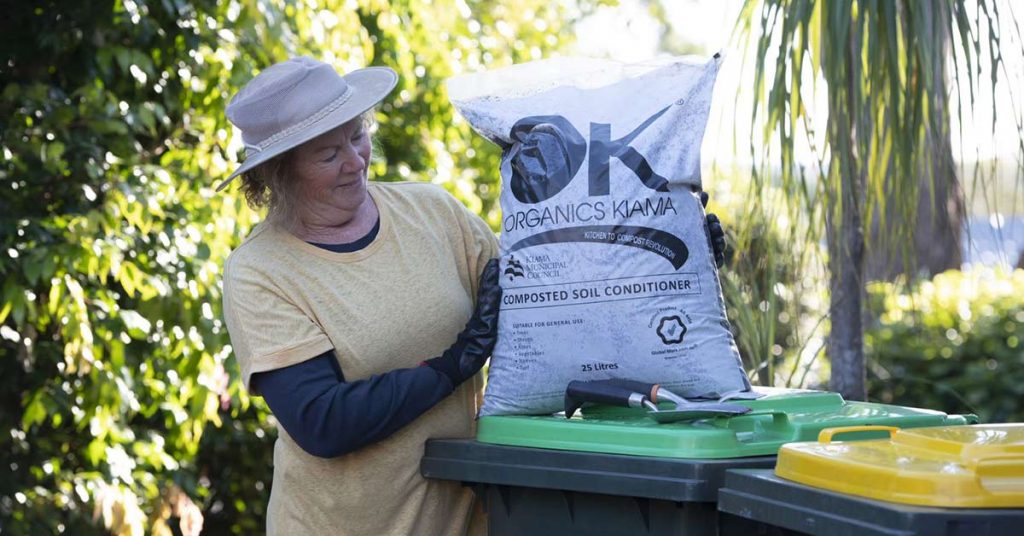 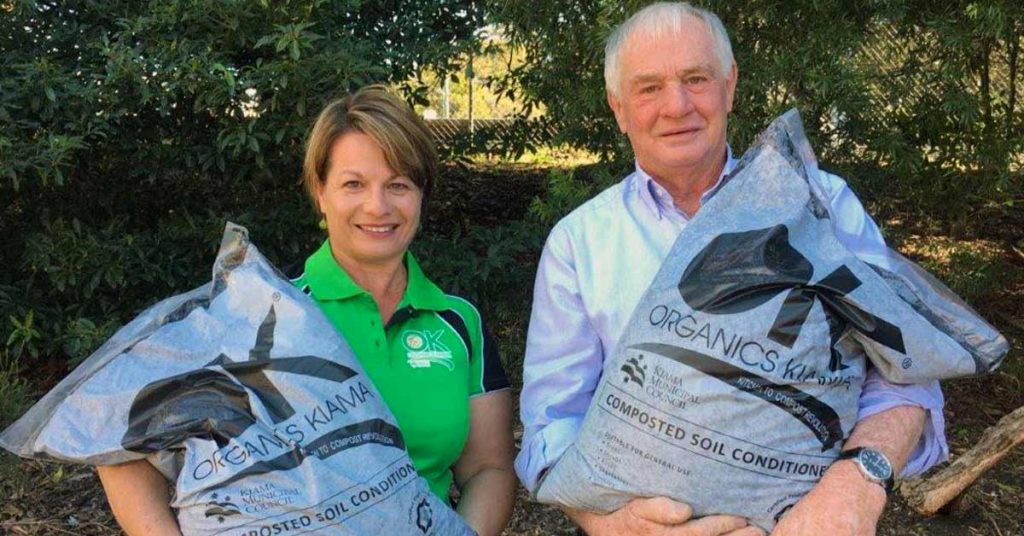